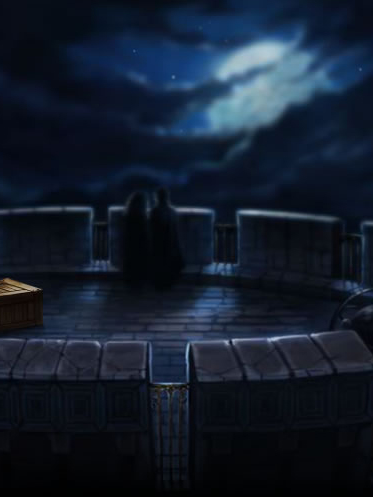 Harry and Hermione Starring in: The Digital Revolution

Two years, now. It had been two years since Hermione Granger had met Harry Potter. In a mere two years, she had personally faced an immortal dark lord, petrification, a monstrous three-headed dog, a vicious professor, a troll, and child abuse. Harry had suffered through even more. What on Earth had happened to her solitary life of reading?

Yet as crazy as Hermione‚Äôs life grew and as quickly it spiraled out of her control, distancing herself from Harry, the source of it all, was unthinkable. There was more tying her to him than friendship; if there were not, her parents no doubt would have moved her to Beauxbatons after first year. But even then, the friendship they shared would be reason enough to stay. Hermione could not imagine finding a better friend.

And that was terrifying. With the way things were going and with how reckless Harry could be, he was going to die. And then Hermione, if she were still alive, would be left behind to bury him, forever bereft of his company.

Atop the Astronomy Tower of Hogwarts, Hermione shivered as she imagined a world without her best ‚Äì and if she were being honest, only ‚Äì friend. She could only push herself so hard before Harry got both of them into trouble and their luck ran out.

And then there was Ron. To be fair, Hermione did not hate him. They constantly argued, and he was still a bit of a bully, but she did not hate him for that. The real problem was more subtle. Ron had once said he and Harry were a bad influence on her, and maybe they were. But Ron was a bad influence on Harry. If it was not quidditch, chess, or his next meal, Ron was not interested.

That was probably over-exaggerated, Hermione knew, but that attitude rubbed off on Harry, and it was going to get him killed. Two years of nagging, asking nicely, bribing, and anything else Hermione could think of, really, and Harry was still not taking his studies seriously despite the clear and obvious danger he was always in. It was utter madness!

It was that madness that Hermione contemplated tonight atop the Astronomy Tower. There had to be some way to keep Harry alive, some way to motivate him to do better. That night, as she sifted through her thoughts, Harry found her, and something surprising happened.

With Harry beside her and allies convinced she was going to become the next dark lady, as defined by them, she suspected she might just have a chance to keep them both alive. Sure, she might have to break one, or two, or a dozen laws along the way, but the system was so biased against her, so who cared? Well, Harry would never let her live that down, but she could put up with his gentle teasing.